Gamepad Controls (PS):
D-Pad/Left Stick: Move
Circle: Jump
X /Triangle: Attack
D-pad Down/Left Stick Down: Raise Shield
Start: Pause
(Note: Any controller you have plugged into your PC should work, so long as it is Gamepad 0 or Gamepad 1, the buttons on other controllers correspondent to the ones listed above on a PS controller should work identically)

I was initially working on a 1st person Dungeon Crawler RPG with a friend of mine, think the dungeons from Phantasy Star on the Sega Master System, but halfway through the Jam we decided that making an RPG was biting way more than we could chew, so we decided to work on it on our own time, but I still wanted to make something for the Jam, so I started working on the only thing I know how to do alone (so far) another platformer!

I had just over 4 days to get this thing done from scratch, but I still did the best I could to go above and beyond in terms of accuracy to the Game Boy's specs!
160 x 144 resolution, 4 shades of grey and putting everything on an 8 x 8 grid were not enough, I stuck to only 1 BG layer, so all the parallax scrolling you see was done by animating tiles whenever the camera moves, or splitting the BG layer at certain horizontal lines, and moving the different horizontal chunks that don't overlap at different rates, and of course, whenever they do overlap, I made sure to mask out the scanlines that go behind another chunk of the BG layer.
Furthermore, the tiles are actually 3 colours and a transparency as opposed to 4 colours, they're getting their 4th colour from the solid BG colour that goes behind everything, so if I were to render a sprite behind the BG layer (which I didn't) you'd actually see it through any black bits of the background, just like in a real Game Boy!

The sound effects and music were created using Deflemask, which makes audio files that will play on a real Game Boy, but not only that, I made sure to keep the 4 channel limitation during gameplay as well, by recording channels 1 (Pulse) and 3 (Wave) on their own file, channel 2 (Pulse) on its own separate file, and finally, channel 4 (Noise) on its own file, for both songs in the game, then I played all 3 files containing the 4 sound channels together, and muted channel 2 whenever a pulse-based sound effect plays, and channel 4 whenever a noise-based sound effect plays, and in order to keep these 3 audio files in sync as much as possible, I made it so that they don't actually loop, but whenever the main file containing channels 1 and 3 is not playing, it then starts playing, stops channels 2 and 4, and then starts them again, it's a little convoluted, I know, but it's all I could do to keep it as accurate as was possible given my time constraints.

Unfortunately I was not able to fulfil my ambitions with this game, I do have 2 stages, but it's actually more like one and a half stages, I planned for Stage 2 to be longer than it ended up being, I wanted to have 4 keys to open 4 doors in the end, but I ended up only having time to put two in there, and it would have two other sections, including but not limited to a vertical auto-scrolling section, maybe even a boss fight, it would have its own unique hazards and enemies that weren't in Stage 1, but I didn't have time to make those besides a few assets that ended up being unused...
I also wanted to have a 3rd stage and an ending scene, needless to say that didn't go to plan...

The game isn't perfect, I couldn't make it loop properly after you beat it, so you have to reload the page if you wanna play it again, some of the parallax scrolling is a little jittery, and the music doesn't cut out fully when you pause in Stage 2, and there's also some other minor issues not worth talking about here, but I hope you enjoy the game for what it is! Maybe someday I'll make a "DX" version wherein I can fulfil my ambitions for this one... 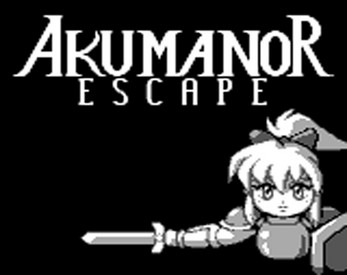